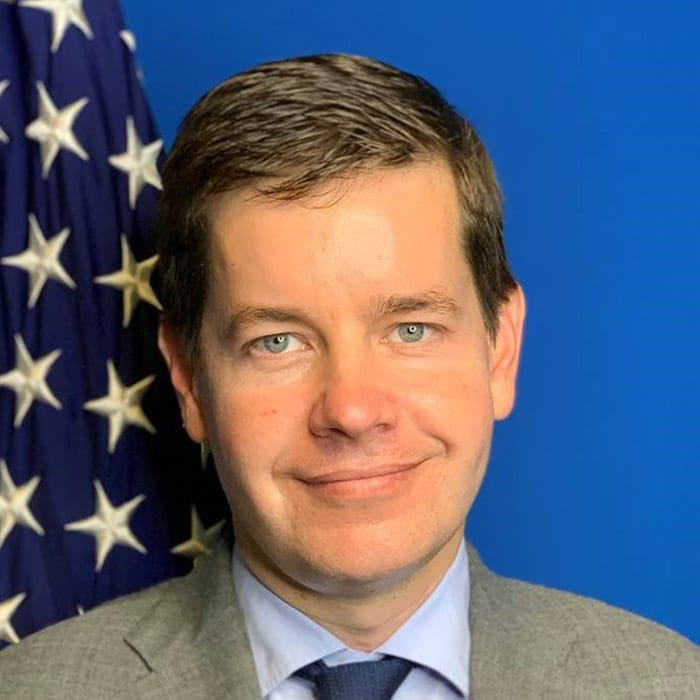 Kevin Cain, MD, is the Acting Director for the Center for Global Health (CGH) where he leads CDC’s efforts to protect and improve health globally through science, policy, partnership, and evidence-based public health action. Dr. Cain’s usual role is as the CGH Principal Deputy Director, a position which he has held since 2020.

Over the course of Dr. Cain’s 16 years at CDC, he has led a wide range of public health and scientific activities including initiating, evaluating, and improving programs, promoting evidence-based policies, enhancing laboratory science and quality, and conducting clinical trials.

Dr. Cain began his career at CDC in 2004 as an Epidemic Intelligence Service (EIS) Officer in the Division of Tuberculosis (TB) Elimination (DTBE), where he received the Paul C. Schnitker Award for Global Health. After EIS, he remained with DTBE, working mostly on TB/HIV and on reducing TB among non-U.S. born persons. In 2011, Kevin became the first TB Director for CDC Kenya and later served as Director of the CDC Western Kenya office. He then served as Country Director for CDC Tanzania from 2017 to 2020. As a member of the Embassy’s senior staff, Dr. Cain also acted as the Deputy Chief of Mission for the U.S. Embassy in Tanzania. During the past year, Dr. Cain has served CDC in several temporary leadership roles, including as a Deputy Incident Manager for CDC’s COVID-19 response, acting Director of CDC’s Center for Preparedness and Response, and acting Director of CDC’s Global Immunizations Division.

Dr. Cain has over 80 peer-reviewed publications and has led research activities throughout his career. He was site lead for the CDC Kisumu Clinical Research Site for the National Institute of Heath network studies, and engaged in developing and leading Kisumu’s Child Health and Mortality Prevention and Surveillance (CHAMPS) site, and designing and leading program-focused research. He has also served as a technical advisor to the World Health Organization at the regional and global levels, translating research into public health policy.