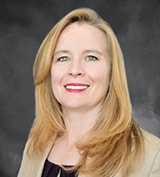 Steve Monroe, PhD, is the Associate Director for Laboratory Science and Safety (ADLSS) at the Centers for Disease Control and Prevention (CDC). He oversees the Office of Laboratory Science and Safety (OLSS) which provides high-level oversight and coordination of critical laboratory policies and operations, particularly those associated with laboratory safety and quality management programs at all CDC campuses.

Dr. Monroe began his career at CDC in 1987 as a National Research Council fellow in the Viral Gastroenteritis Section in DVRD. He spent the next 17 years studying the biology and molecular epidemiology of enteric viruses, particularly astrovirus and norovirus. He was instrumental in defining the properties that led to the formal classification of astroviruses as a new virus family and served as chair of the first Astroviridae Study Group of the International Committee on Taxonomy of Viruses. Dr. Monroe pushed the development and implementation of real-time polymerase chain reaction (RT-PCR) assays for detecting and characterizing noroviruses and provided formal and informal hands-on training to numerous collaborators in state health department laboratories. In 1998, he received the Pekka Halonen Award in diagnostic virology.

Dr. Monroe received a PhD in molecular biology from Washington University in St. Louis and a bachelor of science degree in biochemistry from Iowa State University. He completed a post-doctoral fellowship in virology at the University of Wisconsin prior to moving to CDC. Dr. Monroe has been the co-author of more than 130 scientific manuscripts and book chapters and holds two patents.