The Most Important Test in West Africa 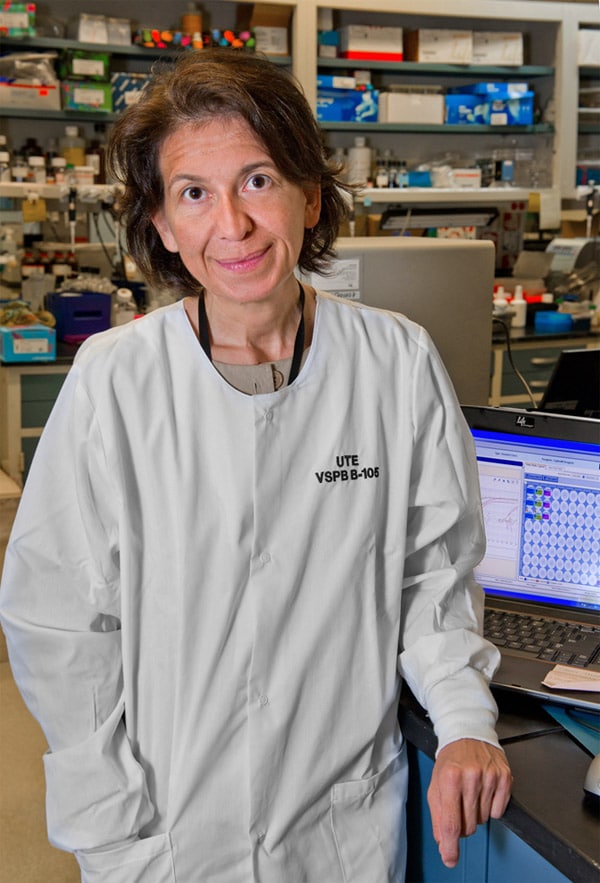 Ute, a CDC laboratory specialist, works on viruses like Ebola.

To get answers to both questions, you need a laboratory equipped with state of the art equipment. To get those urgently needed answers quickly, that lab ideally would be located close to an Ebola treatment center.

It sounds difficult to build such a safe, sophisticated lab in a major city – and seems nearly impossible in the remote parts of Africa where Ebola outbreaks occur – but CDC has done it for other outbreaks and is doing it now in West Africa. CDC mobile labs equipped with real-time polymerase chain reaction (RT-PCR) equipment already are being set up next to West African Ebola treatment centers.

And Ute, a CDC expert, heads up the teams going with them. When she’s not traveling to remote regions of the world, she’s at CDC headquarters in Atlanta working to speed diagnosis of the world’s worst viruses.

“We are trying to set up these labs close to treatment centers,” Ute says. “These Ebola labs are run by Doctors Without Borders. But because this is such a big outbreak, we and others are currently involved. The strategy is just to support patient management.”

Here’s how it works: CDC epidemiologists lead contact-tracing teams that find people who have been exposed to Ebola patients. If those people have Ebola symptoms, such as a fever, they are brought back to the treatment centers. Health care workers wearing personal protective equipment carefully take a blood sample and send it to the lab. If the sample tests negative, the contact is referred to a non-Ebola clinic to get diagnosis and treatment for whatever is causing their symptoms. If the sample tests positive, the contact becomes a patient and is isolated in a treatment center.

That isn’t the end of the story, though. Patients who survive Ebola disease must eventually leave the treatment center. That happens only when their bodies have cleared the Ebola virus and the lab test comes back negative.

That can be a very dramatic event. Ute recalls a time when she was fighting an Ebola outbreak in Uganda.

“We had a very little girl, about a year and a half old, who got Ebola from her mother. We don’t have many kids that small survive – and this child was so ill everyone thought she wouldn’t make it,” Ute says. “But she pulled through. And finally, I had a negative test for her and she could leave the treatment center. That made my day.”