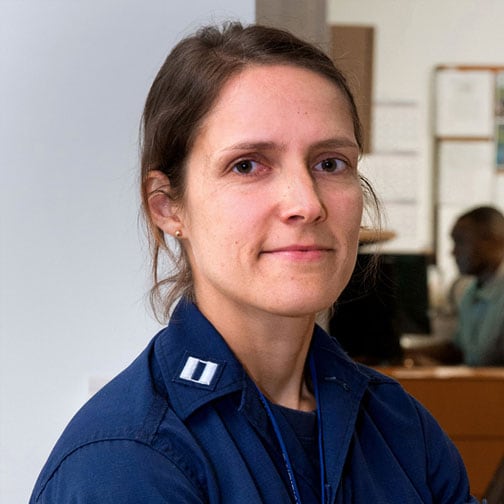 Here’s what Rebecca, a CDC disease detective, took with her when she left this week to help fight Ebola in West Africa: standard safety items, including gloves, masks, and disposable gowns. She also had 3 changes of clothes, toiletries and medications, ready-to-eat-meals, a mosquito net, insect repellent, and sunblock, all handily contained in a duffle bag with a security lock. But in addition to these essentials, she was also outfitted with several pounds of technical gear, including a GPS unit, a portable projector, a blackberry (with extra batteries), a satellite phone, a camera, and detailed maps of the area where she would be working.

It’s a lot of gear. Then again, it’s a big job, especially when your primary role is to improve communications.

Rebecca is a CDC disease detective and the mother of two young boys, and she is deploying this week to West Africa in support of the ongoing Ebola outbreak. A health communicator who will be working in the field to improve health messaging at the community level, Rebecca is determined to make these 30 days count. “It is so hard to leave them,” Rebecca said of her children, just days before deploying for a 30 tour of duty in West Africa. “But I tell them I’m going to help other moms and dads with little girls and boys.”

Rebecca is one of 50+ CDC staff who have deployed in support of the outbreak during the past 2 weeks, and although she is sad to be leaving her family, she is glad to be able to help. In an outbreak where rumor and misinformation have helped fuel spread of virus, good communication is critical, and that is an area in which Rebecca has the right expertise. “I will be on a health communications team, working with government and international partners to see where healthcare priorities should be focused,” she says. This includes training healthcare workers, addressing negative feelings in communities hit hard by Ebola, and designing radio ads to promote the right kinds of healthcare information. 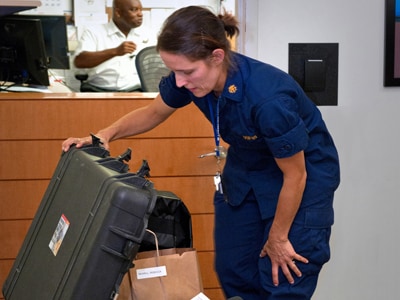 According to Rebecca, the most important and difficult part of the job will be figuring out how to communicate the right health information, in the right way, to the affected communities. “I’m excited about talking to community health workers to learn what is going on. And as time goes on, I hope to see our messages getting out to the people. It will be an evolving process.”

A former Peace Corps volunteer who lived in Bangladesh for 7 years, she’s fully aware that the month ahead may bring some difficulties. Still, she admits she’s used to not having ready access to electricity. “Also, hot is not a factor for me,” she confirms. In fact, her children were born in Bangladesh, and they only moved back to the United States recently when Rebecca started work in CDC’s Epidemic Intelligence Service (EIS) as a disease detective.

Rebecca’s trunk may have more equipment than she needs, but it’s better to be prepared, just in case. But her trunk full of gear isn’t all she will be taking with her. She also explains she is taking along a few lucky charms, including photos of family and a stuffed animal from her children. “Maybe when I get back the toy will help me tell them about what I did while I was in Africa.”