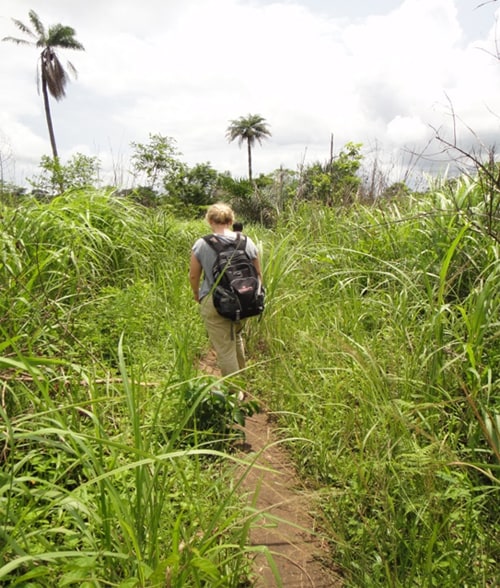 Photo: Dr. Kari is headed to a village to complete a day of contact tracing with the team.

Kari was only a few months into her new position as a CDC disease detective assigned to New York City when she helped investigate a mysterious outbreak of soft-tissue infections in the city. She’d been trained as medical doctor; but it was her sleuth training obtained as part of CDC’s Epidemic Intelligence Service (EIS) that enabled her to help the New York City health department track down the source of the outbreak: live fish sold in the city’s Chinese markets.

Now Kari is just back from West Africa on a CDC team, where she worked to track down people exposed to one of the world’s most feared pathogens: Ebola virus.

It’s going to take a lot more work to bring the Ebola outbreak to an end. Contact tracing – Kari’s focus in West Africa – is the laborious job of finding all those who came into contact with an Ebola patient and checking them for symptoms every day for 21 days. If any of these contacts turn out to be infected, their contacts have to be traced as well – and so on, until the outbreak is contained. Only Ebola patients who are sick can transmit the virus, but the number of contacts can still be daunting, especially if the Ebola patient isn’t recognized and quickly separated from people. It is slow, painstaking work, but Kari knows that effective contact tracing can make a difference.

She credits teamwork as the most important part of the effort. “This collaborative effort is a long fight and I was just one drop in the bucket,” she says of her time in Guinea. “Now, there are a lot of other drops in the bucket over there, and the goal is, with all the drops in a bucket, there should be some impact. We must continue educating the community, maintaining relationships and building trust within the community to get control of this outbreak.” 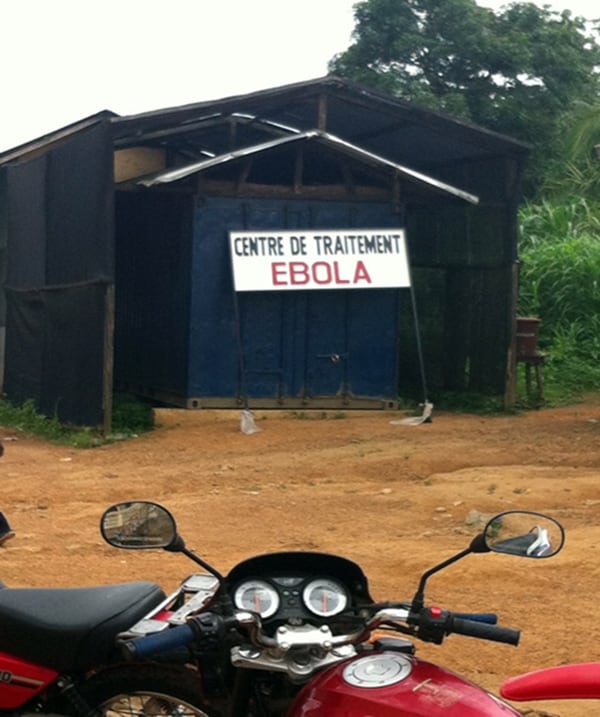 Photo: Signs were posted around the treatment center area so that walkers could see them from afar.

In addition to helping with contact tracing, another important role for Kari was to provide support to the Guinean Ministry of Health and offer suggestions to make the process more efficient. “I had the opportunity to say how we can tweak things and do it more effectively and they were open to my suggestions,” she says. “It struck me how open they were to having me there.”

Being in an Ebola hot spot didn’t particularly worry Kari – like other disease detectives, she relies on her training and experience to keep safe. She didn’t think her family was particularly worried, either, until three weeks after her return.

“My mom suddenly announced, ‘It’s been 21 days since you got back and you haven’t had any symptoms. Now I’m not worried anymore. ’”