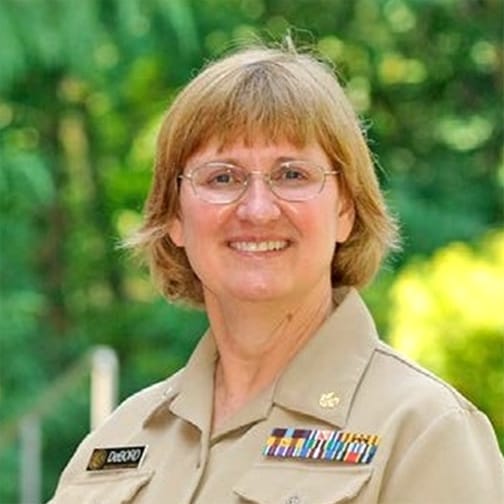 Gayle was one of the first Safety Officers in Monrovia, Liberia.

When CDC employees were deployed to Liberia to fight Ebola, Gayle was there to ensure their safety and security. Given the size and working conditions associated with the Ebola response, CDC’s National Institute for Occupational Safety and Health (NIOSH) developed a Safety Officer role for each country impacted by the outbreak. Gayle was a trailblazer serving as one of the first Safety Officers in Monrovia, Liberia.

Like the first time with anything new, there are trials and tribulations, and Gayle’s first time traveling to Liberia was no exception. Not only was her initial flight cancelled, but her gate-checked luggage didn’t arrive to her final destination until 11 days later. Yet, the trials didn’t stop there. A water pipe broke in Gayle’s hotel room flooding it with an inch of water before she was able to switch rooms. Once she settled into another hotel room, she realized she wasn’t alone – she shared her bathroom with a lot of bugs and a lizard. Through all of this she says, “I realized that I’m a lot more resilient than I had initially thought.”

Gayle’s resiliency helped her demonstrate the value of employee safety and wellness in the newly developed Safety Officer position. To do this, she prepared safety protocols to ensure employees were accounted for each night and were monitored when they fell ill with travel-related sicknesses. Further, she trained staff on situational awareness as it pertained to Monrovia and Liberia. She also worked with field staff staying in facilities overrun by rodents to make sure they took appropriate measures to keep their food safe, so they could continue their missions. 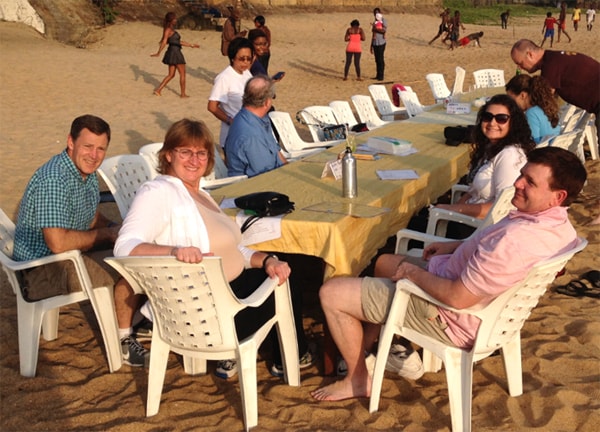 Gayle with fellow CDC employees, at a local restaurant, enjoying a farewell dinner for CDC staffers going back home.

“The working conditions in West Africa were anything but easy. I used humor to lighten the mood, but get my point across – safety is a top priority,” says Gayle. Her humor certainly worked because employees started to turn to and rely on her for resolving safety issues ranging from the lack of smoke detectors to proper disposal of medications.

In addition to safety, CDC employees looked to Gayle for support with security-related matters. For instance, during Liberia’s national elections the political rallies would sometimes become violent. As advisories about the rallies were released by the Embassy or the United Nations, Gayle made sure that CDC employees were informed and knew what areas to avoid.  “The Safety Officer role evolved during my time in Liberia to include the security of employees too,” says Gayle.

“I felt compelled to go to Africa because I’ve always wanted to make a difference on a global scale,” said Gayle. “Even though I didn’t work directly with Ebola patients or go out into the communities, I was there to keep employees safe and I am truly grateful to CDC for the opportunity.”