We Don't have the Luxury of Waiting 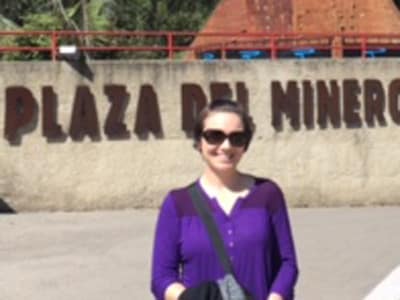 As a disease detective with CDC's National Center on Birth Defects and Developmental Disabilities, Sarah Tinker was ready to go when she was asked to give Colombia some much-needed help.

It was April 2016 in Colombia, and Sarah Tinker was in a trying situation.

She was in an unfamiliar country where she did not speak the language, and she was unexpectedly placed in a leadership position when her team leader left due to a family emergency. Still, more and more people in Colombia were being diagnosed with Zika virus disease. With tremendous support from her CDC team — both in Colombia and at the Emergency Operations Center in Atlanta — and the Colombian National Institute of Health (Instituto Nacional de Salud), Tinker overcame those obstacles to help put into place a system to track pregnant women in Colombia.

Establishing a tracking system was a significant task in a country where Zika continues to spread. When scientists confirmed this year that Zika can cause microcephaly (a condition in which a baby’s head is smaller than expected), it had been more than 50 years since a virus caused an epidemic of birth defects. As a disease detective with CDC’s National Center on Birth Defects and Developmental Disabilities, Tinker yearned to be on the frontlines of the Zika response. When she was asked to give Colombia some much-needed help, she was ready to go. She also deployed to Colombia in June 2016.

“Everybody in Birth Defects is trying to be part of the response to the Zika emergency,” she said. “We can’t all go at once, but I think we would if we could.”

When the CDC team arrived in Colombia, the country already had a sophisticated system for tracking people with Zika and other diseases. Tinker, as part of the CDC team working in Colombia, added to that system to include pregnant women. It’s an effort to capture important information on pregnant women who have been exposed to Zika, including the outcomes of their pregnancies and the health of their babies.

The goal is to quickly give doctors as much information as possible, help scientists learn more about Zika, and connect pregnant women with services that can help them and their babies.

This job gave Tinker the opportunity to visit some of the communities where many people with Zika live. She visited areas that were crowded and lacked air conditioning or window screens, which make it difficult to prevent mosquito bites — the primary way to protect against Zika. For Tinker, visiting these neighborhoods was a vivid reminder of why her work to fight Zika is so important, especially for pregnant women and their fetuses.

In addition to directly helping pregnant women who have been exposed to Zika, Tinker hopes her work helps scientists learn more about Zika and birth defects, she said.

“We don’t have the luxury of waiting. We are moving quickly to understand how massive this problem can be,” she said. “We’re very much building a foundation of knowledge.”