‘Our Role is to Break Through Barriers’ 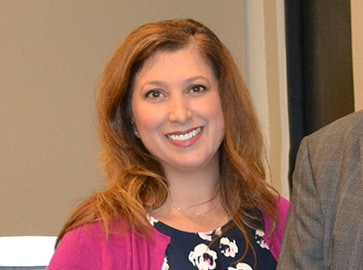 Since Zika virus disease began to spread in Brazil, and the number of newborns with severe birth defects started to increase in late 2015, the primary concern has been for pregnant women and their fetuses. When scientists confirmed this year that Zika can cause microcephaly (a condition where a baby’s head is smaller than expected) and other birth defects, Zika was already spreading in several parts of the Americas, including Puerto Rico.

Lisa Romero and her team know how important it is that women, who live in areas where Zika is spreading and want to delay or avoid pregnancy, have the resources to prevent pregnancies. Unfortunately, birth control is not readily available in several of these areas. Romero’s team is working nonstop to improve birth control access in Puerto Rico, where about 138,000 women are at risk of unintended pregnancy, and more than 2,840 locally-acquired Zika cases from mosquito bites had been reported by mid-July 2016.

“Contraception is the primary way to prevent pregnancy for women at risk of Zika virus exposure, and it is the most effective one we have,” Romero said.

Romero, a health scientist with the National Center for Chronic Disease Prevention and Health Promotion, has been at CDC for nearly 12 years and was already working on improving access to contraception in the continental United States when she joined the Zika response in March 2016. Around that time, CDC published an article that addresses the need for birth control access in Puerto Rico.

“When I came on the response, it was a natural fit,” she said.

Romero immediately began developing a program to improve birth control access in Puerto Rico. The program is called the Zika Contraception Access Network (Z-CAN) and is a collaboration among CDC, the CDC Foundation, the Puerto Rico Department of Health, and other local organizations. It’s an important program in an area where birth control options are limited, expensive for patients, and often require a long wait to receive after it is prescribed.

“Our role is to break through these barriers,” Romero said.

The plan is to enroll women who want to delay or avoid pregnancy during the Zika outbreak in the Z-CAN program, and offer them the birth control method of their choice at no cost. Healthcare providers who are part of the program will receive a full range of reversible contraceptive methods, as well as training on providing birth control. The program will allow women to receive birth control the same day that it’s prescribed.

The goal is to train about 120 physicians by the end of the summer. Romero and her team have already trained almost 100 physicians.

“The trainings have been a success, and clinicians in Puerto Rico have been enthusiastic about providing birth control methods to patients who especially need them during the Zika outbreak,” Romero said.

“In fact, most healthcare providers who are part of Z-CAN already have long waiting lists of women who want to be enrolled in the program,” she said.

Now, donated birth control products are being shipped to healthcare offices in Puerto Rico, and plans are in place to further educate women of childbearing age about their birth control options. The goal is to provide more than 30,000 women who want to delay or avoid pregnancy during the Zika outbreak with the birth control of their choice by the end of the year.

“We’re hoping women will be excited about the program,” Romero said, “and will share it with their friends, their sisters, and their daughters to help to ensure the health of the next generation of mothers and their babies.”