Zika was the common factor 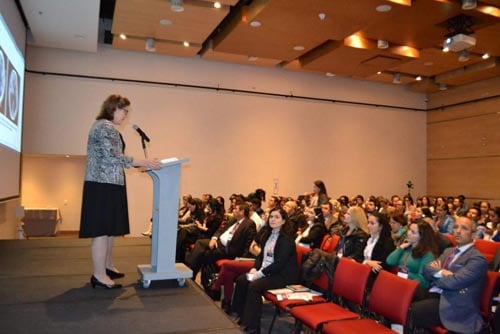 Zika is the first known mosquito-borne virus that can cause birth defects, which is transformative for birth defects science.

Zika has been a game changer for birth defects science

Last year, when CDC experts began receiving calls about an uptick in microcephaly cases in Brazil, they were not initially convinced those cases were related to Zika.

“It seemed really unlikely at the time. We were all skeptical,” said Peggy Honein, chief of the Birth Defects Branch for the National Center on Birth Defects and Developmental Disabilities. “Zika had been around for nearly 70 years, and nobody had reported (a link between Zika and microcephaly) before.”

However, as months went by, it became increasingly obvious that Zika was strongly linked to microcephaly. In early 2016, a report was published that highlighted a study by a CDC pathology team, which found evidence of Zika virus infection in the tissues of miscarriages and newborns with microcephaly. And, cases of microcephaly began occurring among pregnancies completed in the United States. These women had been infected in many different countries that were also reporting local cases of Zika.

In April 2016, CDC announced that Zika virus is a cause of microcephaly and severe fetal brain defects. Zika is the first known mosquito-borne virus that can cause birth defects, which is transformative for birth defects science. Unlike many causes of birth defects, this is a known cause that is preventable, said Honein, who is also the co-lead for the Pregnancy and Birth Defects Task Force for CDC’s Zika response.

Even before scientists discovered that Zika can cause microcephaly, Honein’s team was hard at work creating public health messages, tracking cases in pregnant women and their infants, and learning as much as they could about Zika and pregnancy.

As early as January 2016, Honein’s team was in the field, working with health departments and other partners to set up surveillance systems that monitor pregnant women exposed to Zika. They traveled to US territories and countries where Zika was spreading. In Colombia, Honein’s team worked closely with the Colombian National Health Institute (Instituto Nacional de Salud) to use its long-standing surveillance system to enhance surveillance of cases of Zika virus disease in pregnant women.

They tracked cases in hundreds of women throughout their pregnancies and their infants. “The dedication people have shown over so many months, committing hours and hours without complaint, has been phenomenal,” Honein said.

Responders have worked with parents who do not know how long their children have to live and who are sometimes overwhelmed by the care that their infants require and their infants’ piercing screams. “We have seen the effects on the infants and the effects on the families. It’s a lot for these families to cope with,” Honein said. “I don’t think we can overstate how devastating these outcomes are.”

“Zika and pregnancy is a long-term public health problem,” Honein said. “The work to study Zika and prevent Zika virus infection in pregnant women, must continue.”