Every Day, We’re Finding Out More and More 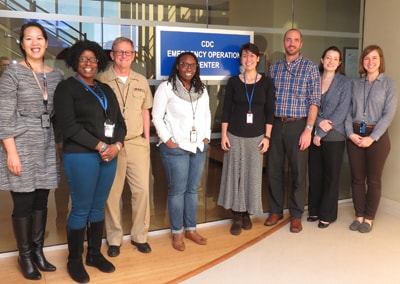 CDC disease detective Morgan Hennessey (pictured third from right) was among the first group of responders to help fight Zika.

Not long after CDC activated its Emergency Operations Center, Morgan Hennessey left his home in Fort Collins, Colorado, for CDC’s Atlanta headquarters. Hennessey was among the first group of responders to help fight the outbreaks of Zika in the Americas, and he was on the frontlines when important discoveries about the virus were made.

As a CDC disease detective, Hennessey helps interpret laboratory results of patients who have Zika, and determine how they got the disease. He was part of a team that helped determine that Zika can be sexually transmitted from an infected man to his partners. It was a surprising discovery, he said.

“Anytime you identify a new mode of transmission, there are a lot of questions to answer,” Hennessey said.

Answering tough questions is part of the job description for Hennessey and other disease detectives. When the initial case of sexually transmitted Zika was determined, Hennessey and others worked tirelessly to rule out any other possibilities. They interviewed the patient and asked many questions, getting a detailed history and making sure that the patient had not traveled and did not get Zika by a mosquito bite. 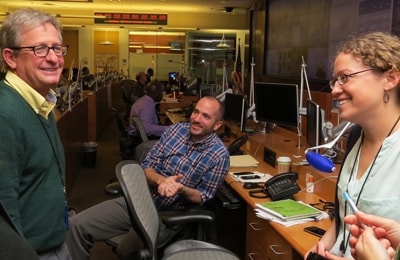 As more cases of suspected sexually transmitted Zika were identified, each case required in-depth investigations by Hennessey and others. As Zika continued to spread through the Americas and some US territories in early 2016, there was hardly a break in Hennessey’s work. Investigating a Zika case starts with a positive laboratory sample, and CDC has seen thousands of positive samples in 2016 alone.

For Hennessey, the biggest challenge is “just the number of unknowns about Zika,” he said.

Before the first Zika outbreaks in Brazil last year, most people didn’t know about the virus. Hennessey remembers the early days of the Zika response in January, when it was first suspected that Zika infection during pregnancy could cause microcephaly (a condition in which a baby’s head is much smaller than expected). In April, scientists at CDC concluded that Zika can cause microcephaly and other severe birth defects.

“Every day, we’re finding out more and more. But when you find out more, you find out there’s more you don’t know,” he said. With each increase in our knowledge, we improve our ability to prevent new infections and limit the spread of Zika and its damaging effects.